I come from a long line of women activists and have no doubt that if my immigrant great grandmother had not been working to bring about equality and socialism through her involvement in the early communist party in the US in the early 1900s, followed by moving to Russia to support the Russian Revolution, she would have been an active suffragette.

My grandmother was an activist and campaigner all of her life including organising in the student and Union sector in the US and as a young woman working for the Soviet comintern as a courier, disguised as an American tourist, taking money and documents to support anti fasict resistance.

My own mother was active in the women’s movement of the 1970s and CND and both my grandmother, mother and myself went to visit Greenham Common. All of the men from that line of my family were also activists including my father who is a life long anti racist campaigner. I myself was a young feminist, communist, school student strike organiser and activist in CND.

The campaigning of the suffragettes, a discerning eye for the law, the encouragement to speak out, the nuts and bolts of how to organise and activate others, and a sense of responsibility to bring about change was part of my lineage and for that I am very grateful.

Coming back into direct activism with Extinction Rebellion through the catalytic Deep Adaptation article I read written by Jem Bendell has brought me back full circle to the activism of my youth, connection with my ancestors, the inspiration of the suffragettes and my need to raise the alarm and protest. 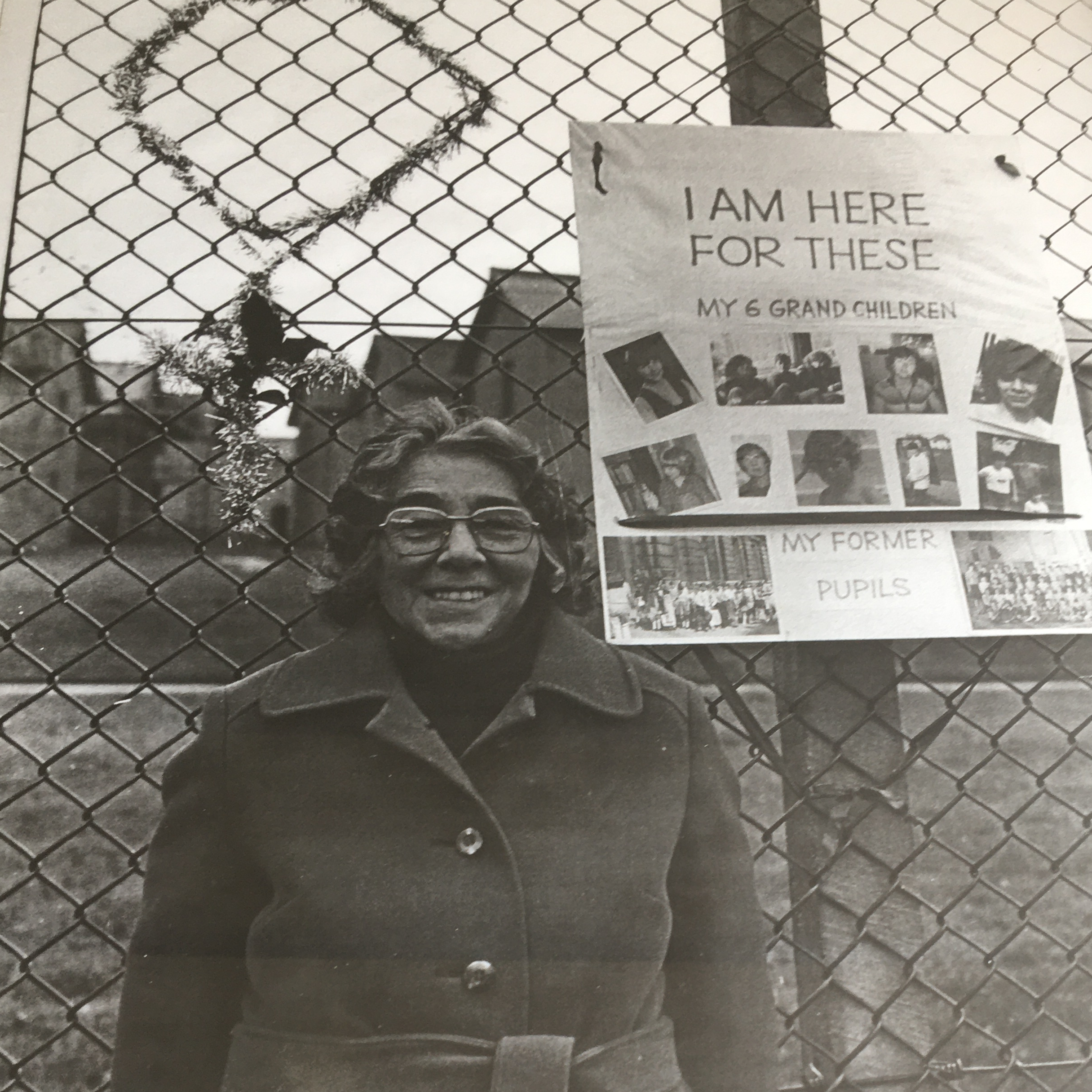 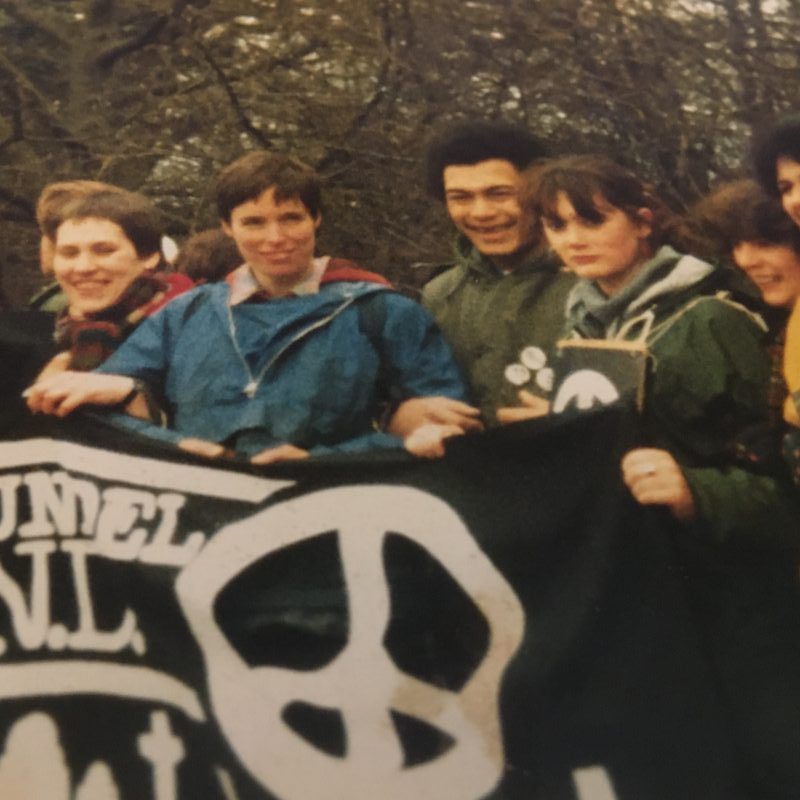 Through our Walking Forest Research, the creativity and ability to transform familiar everyday objects, places and activities into sites of recruitment, campaigning and protest have inspired me about the Suffragettes, in particular their high street shops. Having taken over nine disused shops for dialogue and exchange with and between diverse local communities through my work with Encounters Arts, I am deeply aware of the power of The Shop as a potent space. It provides an easily crossed threshold on peoples doorsteps that can create familiar and safe spaces for people to meet, to create and to look again at the world around them and their place within it. 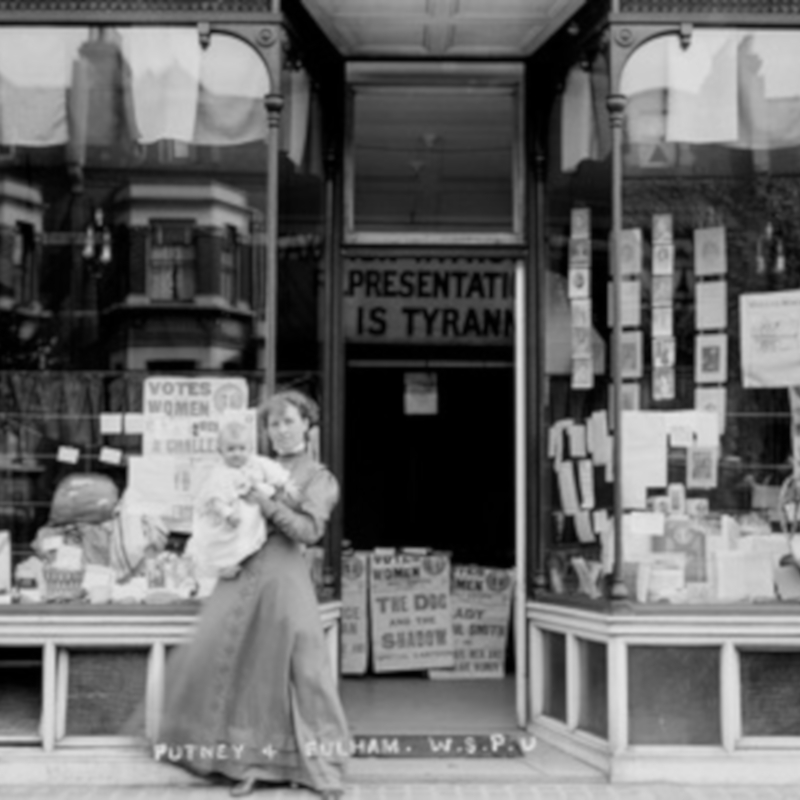 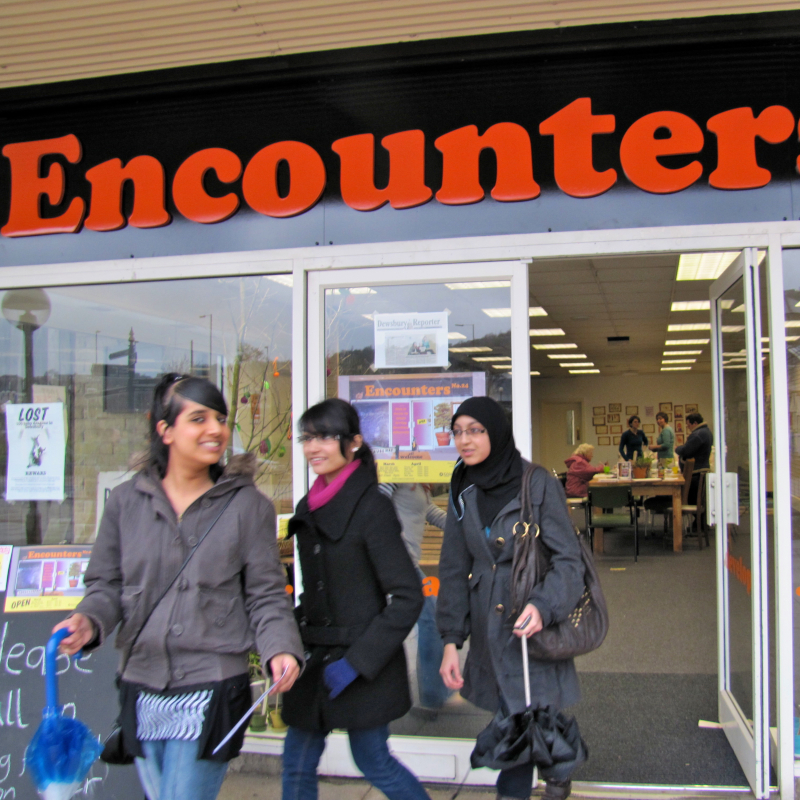 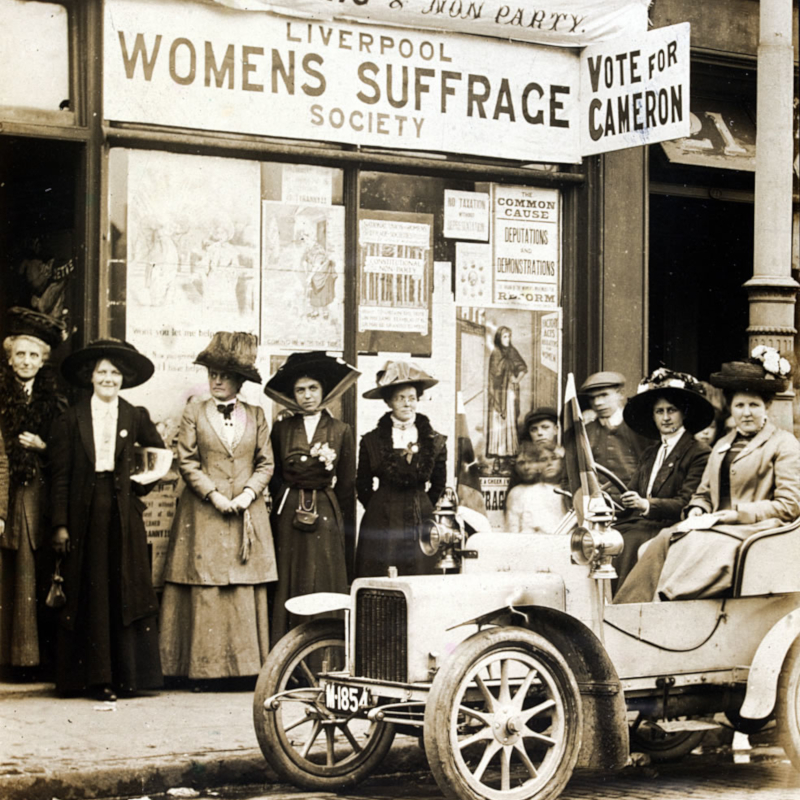 My great great aunt Mary Neal was a Suffragette, folk revivalist and member of the Labour Party and Tax Resistance League. She took the minutes of the first London WSPU meeting in Sylvia Pankhurst’s flat and was a regular contributor to Votes for Women.

The adventures of her life give me insight into the camaraderie, courage and creativity making space for women to be brave in standing up for women’s rights. They knew their demands were making history, not just in the halls of Westminster and on public stages but on every high street and in every home, for everyone. 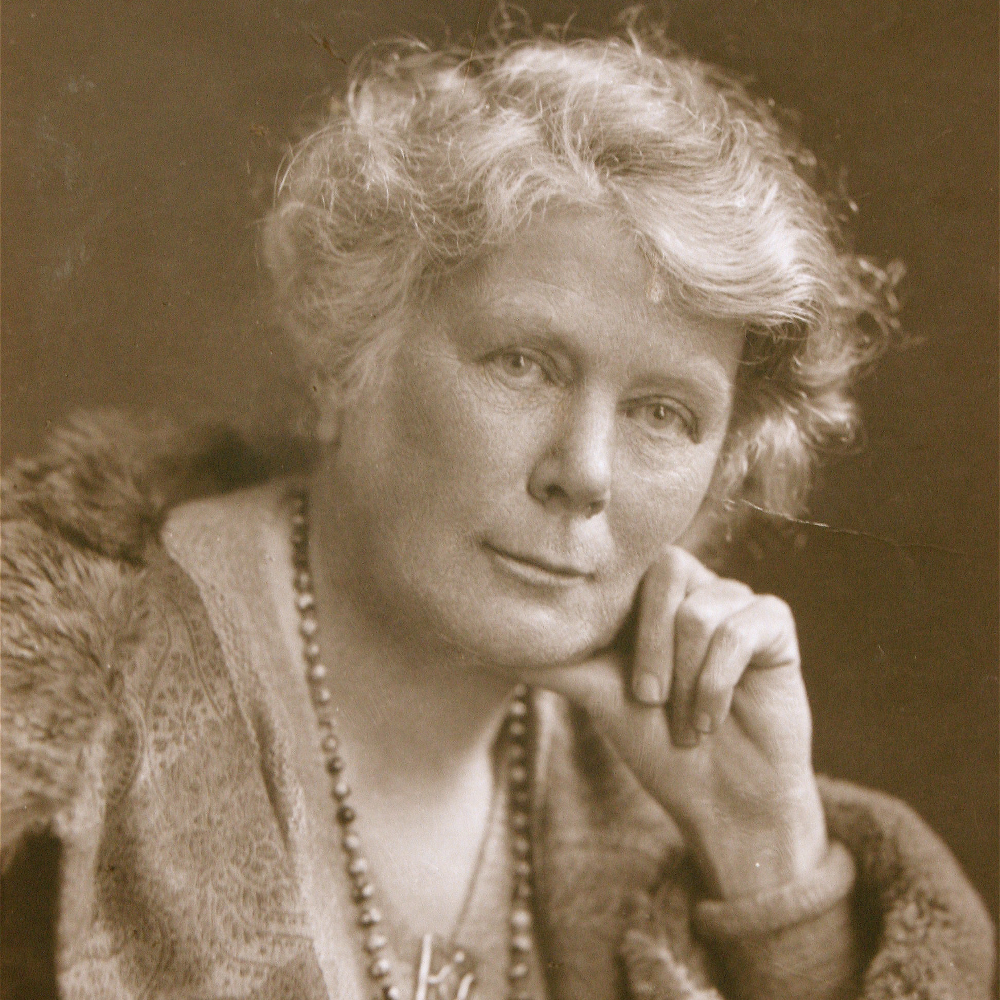 Mary was an instigator. After a stint as a ‘sister of mercy’ in a church missionary, she struck camp in 1895 with her life-long friend Emmeline Pethick (later Pethick-Lawrence after marrying lawyer Fred Lawrence) to start the Espérance Club (espérance for hope) for working class sewing girls in London’s Kings Cross – an area notorious for its grinding poverty and appalling living conditions.

Mary and Emmeline’s shared dream was for young women to have creative agency in their own lives. The campaign’s protest actions are well documented, but beneath the radar other activities contributed to the success of the campaign – much of a participatory nature, such as the Suffragette shops, involving men, women and children of all ages and widely differing backgrounds – rather like the Espérance Club – up and down the country: public space for people to imagine social reforms that would make greater equality possible.

From a working men’s tenement flat Mary and Emmeline shared off the Euston Road, they invited in the Espérance girls for cups of sweet strong tea in front of the small range fire, along with older women turfed out of the nearby workhouses for the day, for whom pubs were the only alternative warm refuge. Others radicals came: Keir Hardie, Havelock Ellis, Edward Carpenter, Lady Constance Lytton, WB Yeats, the Pankhursts. (Mary’s house was raided by police when Christabel Pankhurst was first arrested as she had been seen here).

They set up holidays for the girls, founding The Green Lady Hostel in Littlehampton and it is here many Suffragettes come to take breaks by the sea: Mary invites her friend Lady Lytton one weekend with Annie Kenney, after which Lytton joins the campaign. The Espérance girls were often involved in public actions and campaign events, singing and dancing. Mary would drop off needed provisions at Holloway Prison.

Mary’s favourite tree was a pine tree. Needles falling one by one, she saw a parallel with the girls growing and ever changing, quietly, gradually and persistently.

“We seldom realise that those whom we have disinherited from the Earth which is their birthright have suffered an irreparable loss….they have lost the healing, the comfort and the security of the Earth beneath their feet and are adrift in uncertainty and unrest”.

The Pethick Lawrences were key players in the movement, providing organisation, finance, legal representation, an office at Clement’s Inn and the Dutch House, their home near Dorking for Suffragettes’ post-prison recuperation. Emmeline had an eye for the performative and chose the colours green, white and purple. Later a JP, working to change the way the law criminalised the poor especially women and children, Mary was loyal to the Pethick Lawrences and like them not a militant. She shared her last years with them in their Surrey home.

‘the failure of so many of our hopes of what the emancipation of women would bring to the race is accounted for by the fact that so much of women’s life and work is founded on a masculine rhythm and misses its real significance. Only when men and women equally are in possession of their own essential masculinity and femininity will the race attain its full stature and power.’

I salute her. When the door of my police cell closed in April 2019 having been arrested on London’s streets as part of Extinction Rebellion, I took my courage from Mary and her Suffragette friends. When I was released on Easter Monday I felt kinship with them all. 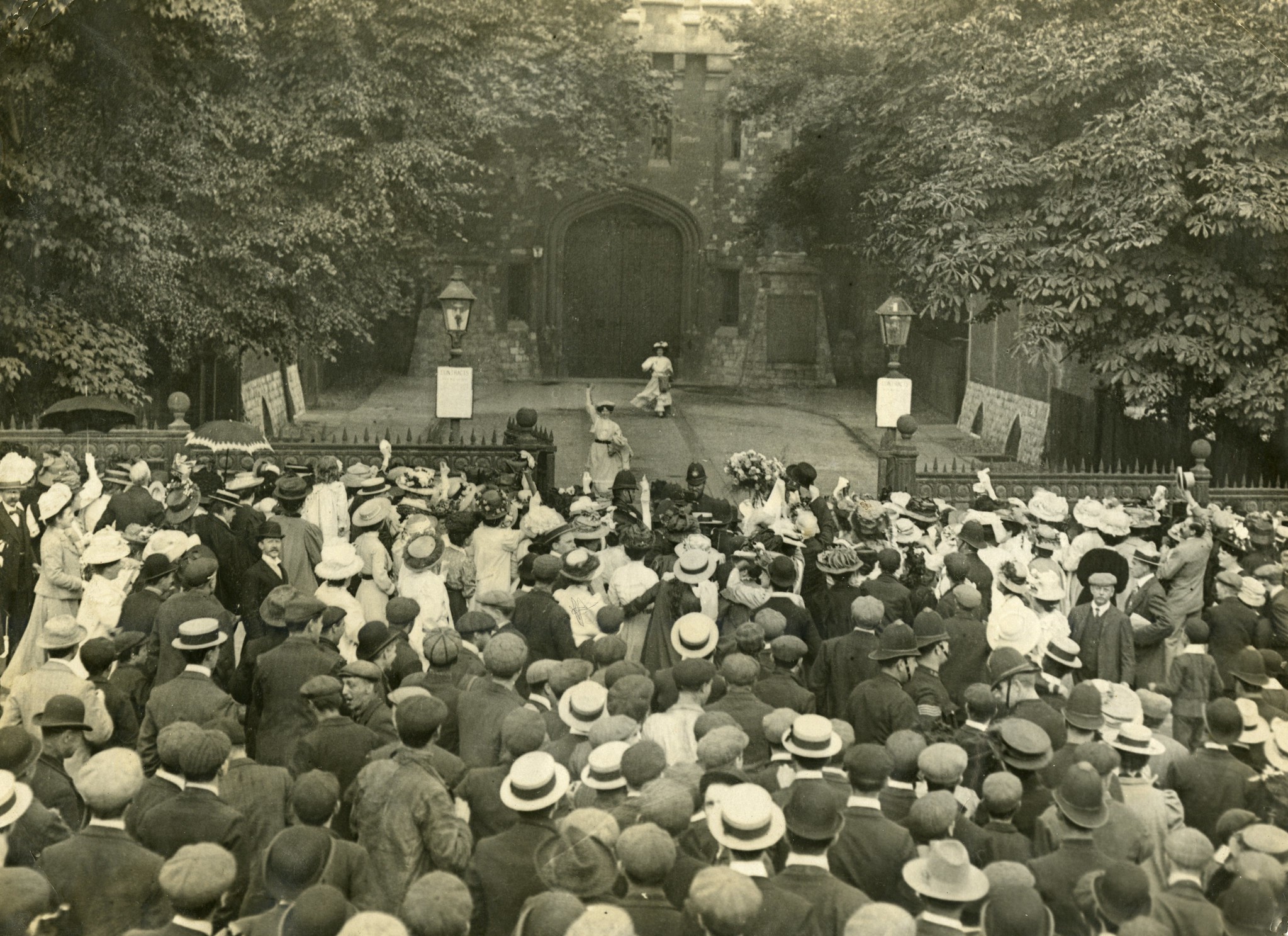 I’ve been blown away by the visual aesthetics and the extraordinary creativity of the Suffragettes in their actions and campaigns. Many of the key activists were artists who fully explored creativity as an integral part of their activism. Many of those who weren’t trained artists seem to display a dynamic grasp of theatricality and design and I have found in this a deep and seemingly endless well of inspiration.

A particular inspiration is Sylvia Pankhurst, a trained artist who designed Suffragette memorabilia and jewellery, huge murals, graphic logos including the angel of freedom motif and other key elements of the campaign material fusing fine art, craft and politics. She designed the Holloway broach awarded to suffragettes on their release from Holloway Prison where up to 200 suffragettes were imprisoned in one day.

Handwritten, hand-crafted, hand-made, even the ways that the women wore their message on their bodies is hugely inspiring to me, such as these aprons. Creativity of the hands and the street, often improvised and relentlessly inventive and often incredibly simple, amusing and playful.

Having spent many years as an artist working with people and trees, coming across the Suffragette Arboretum in Batheaston while researching was deeply impactful for me. For suffragettes and suffragists to be coming together with all their differences and to be planting trees in the midst of a long campaign with no sign of success in sight signals a profound act of active hope and conviction. This collective act acknowledges the profound symbolic impact of digging a hole, planting a tree and helping perpetuate new life and the deeper rhythms of our world.

I’ve also been finding out more about how retreat spaces served an important role in the cycle of activism for these women, particularly those that were outside of the cities. Eagle House, the site of Annie’s Arboretum was one of these as well as the Dutch House (previously The Mascot), overlooking Holmwood Common near Dorking where the women gathered and plotted on a platform sited in a huge old oak tree. As an activist I’m exploring how trees can be partners in our actions and reminders of the more-than-human world that is in crisis. Also, how performance as part of activism can carve out a space to jolt us into a different sense of time, slow us down to look, reflect and urge us to care for our 4.5 billion year old planet. 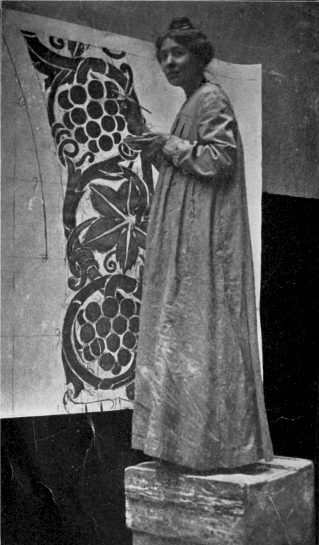 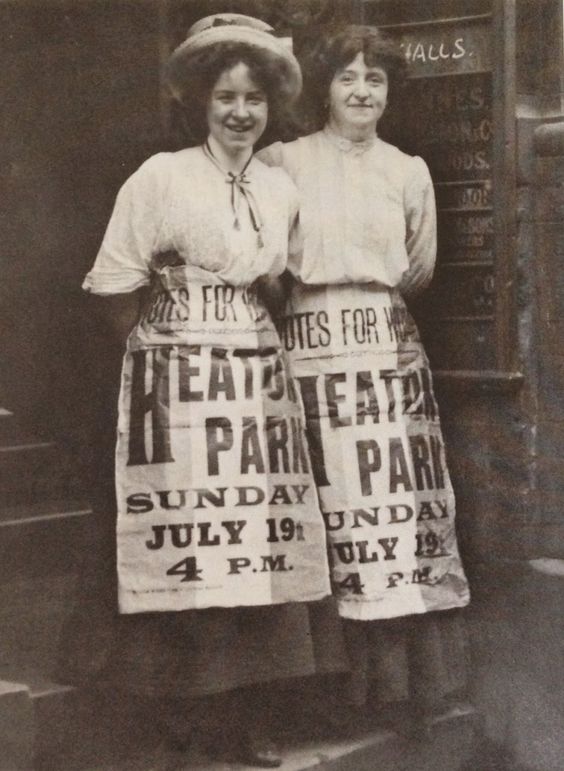