‘…storms, surging floods, wind-swept moors….in fact the militancy of nature, rouse within me emotions that in themselves are enough to sweep me away…and yet deep down there is always the great stillness.’
* – Annie Kenney 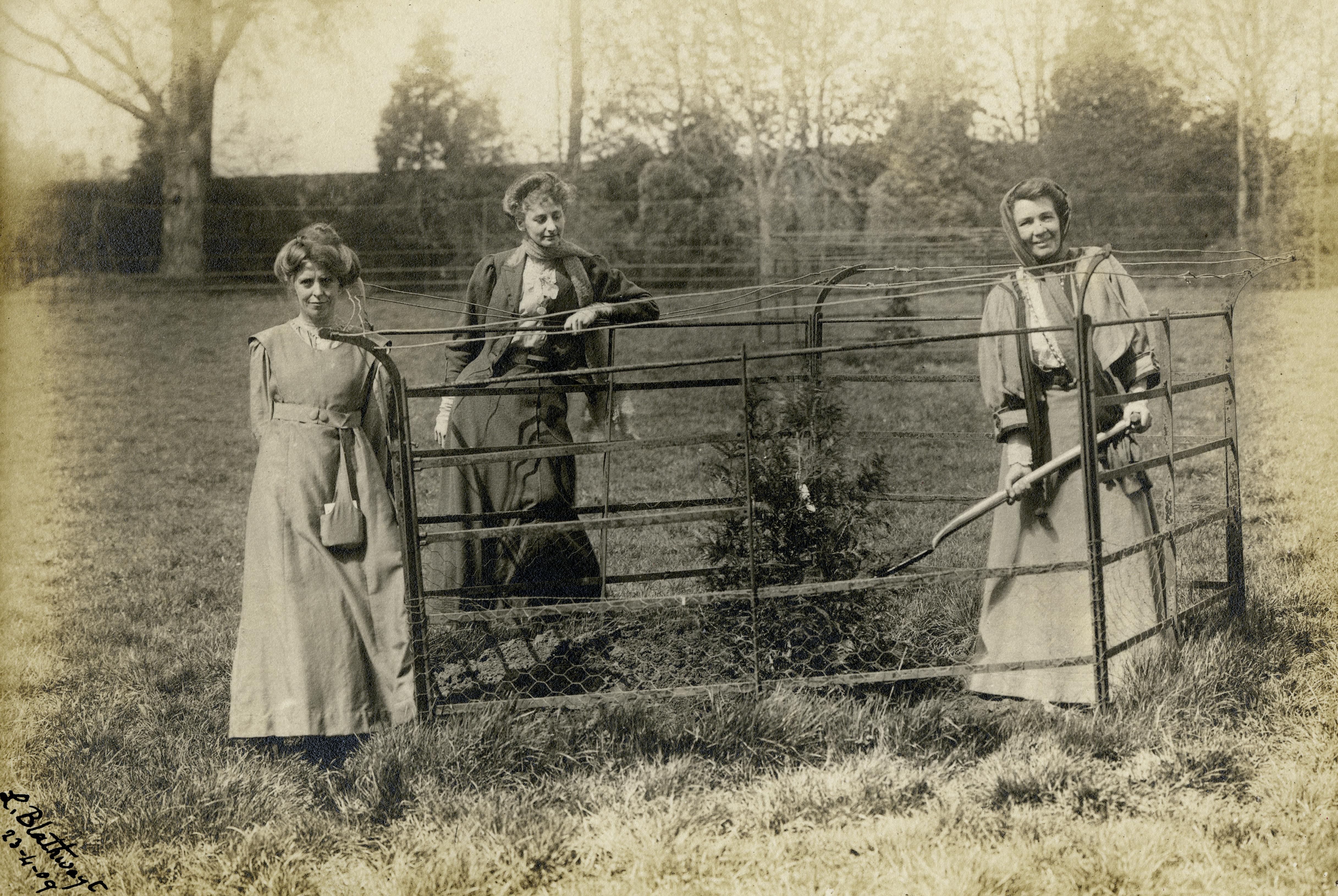 The Blathwayt family created a place of recovery for over 60 women imprisoned for their political activism at their country residence Eagle House, in Batheaston, which became known as the ‘Suffragettes Retreat’. In 1909 Emily Blathwayt said ‘the idea of a field of trees grows’ and soon the family encouraged those who stayed to plant a tree in a field which became known as the Suffragette Arboretum.

Also known as ‘Annie’s Wood’ the arboretum was made up of trees planted by and for women across the suffrage movement including the WSPU (Women’s Social & Political Union) and National Union of Women’s Suffrage Societies which included militant and non-militant activists. Between April 1909 and July 1911, at least 47 trees were planted in the grounds of Eagle House to commemorate individual suffragettes and suffragists. Holly trees were planted for those involved in the movement in general, whilst a different species of conifer was planted for each of those women who had been imprisoned. There was talk that it might also become a place for ashes, revealing an awareness of the potentially fatal actions that the women might do in order to achieve their goal of women’s suffrage.

All the trees were destroyed in the late 1960s to make way for a housing estate, but one solitary Austrian Pine, planted in 1909 by Rose Lamartine Yates, survives to this day. Standing sentinel in the back garden of a retired midwife Eileen Paddock who now looks after the 100-foot-high tree. It has become a key source of inspiration for the Walking Forest project and in 2018 we began an annual vigil to visit Eileen and the tree. 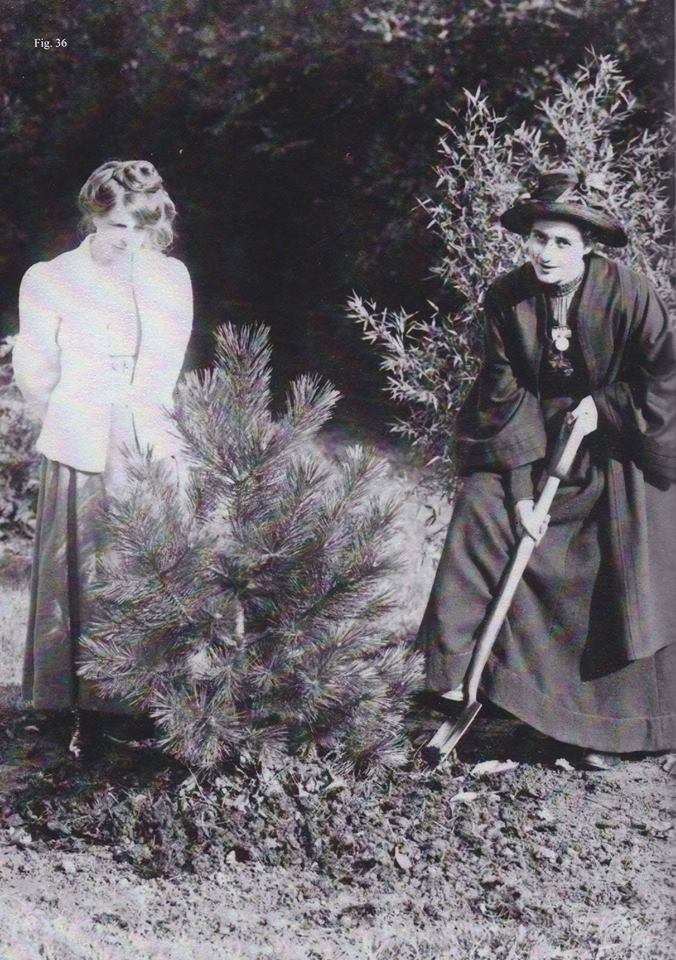 Two other suffragettes with trees in the arboretum at Batheaston were Elsie Howie, the lead in the Paignton (Devon) WSPU who dressed as Joan of Arc for the large London March, and Annie Kenney, the most famous working-class Suffragette. In 1906 Annie was arrested alongside two other suffragettes when they tried to get an audience with the Prime Minister, Asquith. They were asked to either give up campaigning for a year or do six weeks in prison. None chose to give up campaigning. On her release from prison Annie was met by fifty suffragettes who took her in a carriage to Queen’s Hall. She was the only suffragette to plant more than one tree in the Arboretum, leading to suggestions that Mary Blathwayt favoured her perhaps more than just a friend.

For 50 years the British Suffragette Helen Kirkpartrick-Watts carried in her purse a ‘….faded sprig from a juniper tree she planted in 1911’ in the Arboretum at Eagle House.

Walking Forest hopes to create a similar ‘intentional forest’, making space for remembrance and celebration of women who stand up for and protect the natural world.

We are extremely grateful to Cynthia Hammond who has been so supportive and generous in sharing her research with us. We invited Cynthia Hammond, academic and researcher based in Canada, in 2011 to share a favourite extract from her book which was a key reference for us in our unearthing of the Batheaston Arboretum. We are in continued contact with Cynthia as a fellow activist and collaborator.

“To concern oneself in the present about the future certainly does not consist in programming it in advance, but in trying to bring it into existence.” – Luce Irigaray

The women who visited Eagle House could pause in their efforts to effect political change and gaze out over one of the very few places, apart from suffrage-friendly homes and headquarters, where their work was already honoured, and where the future they hoped to achieve was already beginning to take place – to take, in fact, space. […] The arboretum afforded the suffragettes an opportunity to imagine the future into which their young trees would grow. This was an unknown and uncontrollable future, but a future they were attempting none the less to shape through their activism. […] The trees the Blathwayts planted with the suffragettes would always grow in place, but they would also always grow into the future. The arboretum on the edge of Bath thus represents what Elizabeth Grosz [describes] as the temporal and spatial aspects of becoming, while also spatializing the political aspirations of feminist work on behalf of an uncertain future.