“We cannot truly care for the earth unless we take into account the people and the long term impact of our interventions. Ecological solutions that ignore issues of justice are doomed to fail. And we cannot care for the people if we don’t take into account the life-support systems of the earth that sustain us all. Social and economic justice movements that ignore the environmental constraints and ecological realities cannot truly improve peoples’ lives.” Starhawk

2019 was the most perilous ever for people defending their community’s land, natural resources or wildlife, with new research showing that environmental defenders are being killed at the rate of almost four a week across the world. (Global Witness) 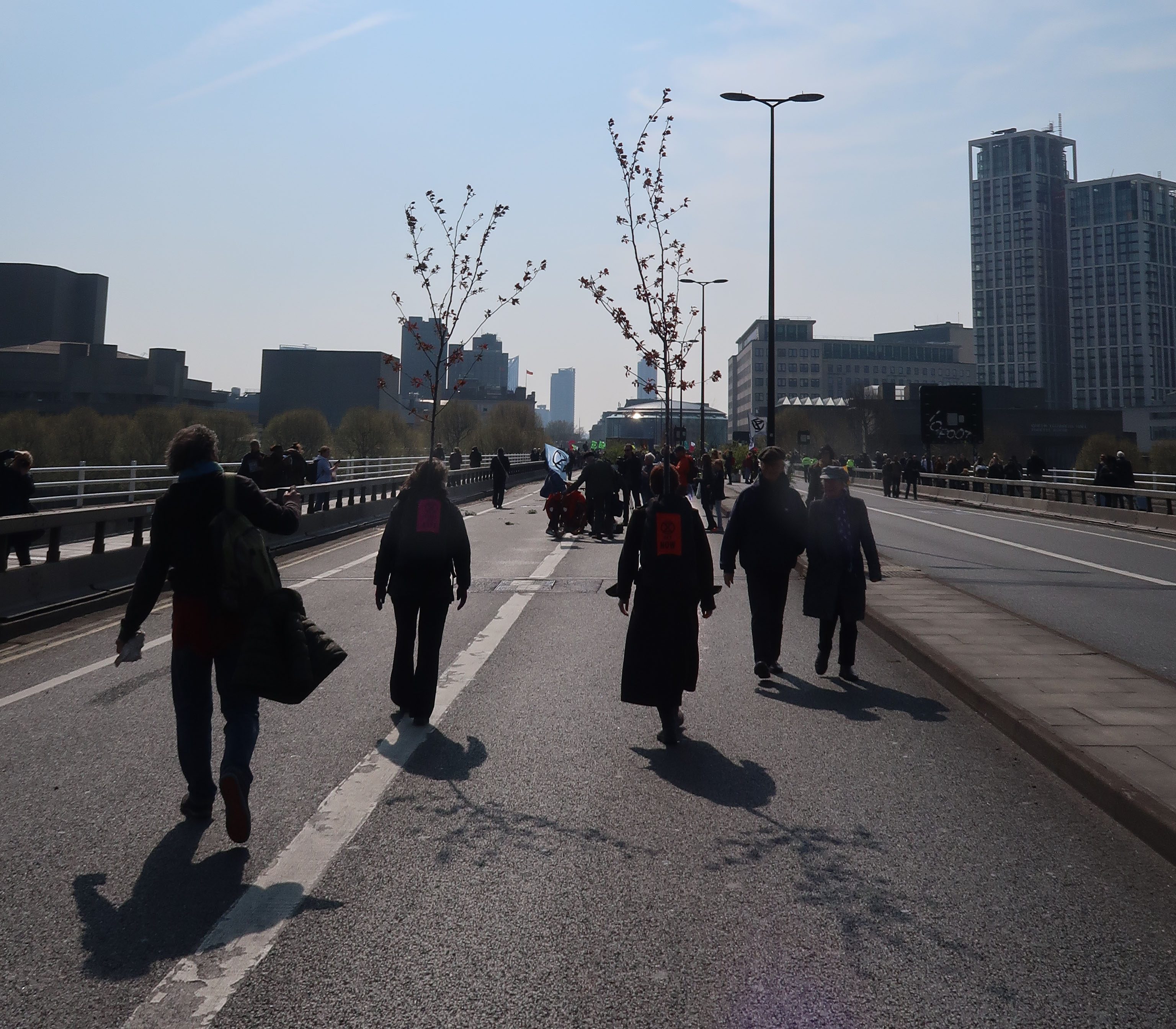 The violent colonizing history of Britain has roots that go back 100s of years. The first ever statute of the English Parliament in 1295, gave landowners the legal right to enclose commons, thereby uprooting and disconnecting the English peasantry from their own land, a practice that continued to the 18th and 19th centuries when 5000 further Acts of Parliament enclosed seven million acres of land. Today 50% of England is owned by 1%. The English first colonised its own people before the British Empire made land a privatised commodity across the world, forcing indigenous people from homelands. New settlers were often those evicted from their lands in England, Wales and Scotland.

Such genocidal and catastrophic ruptures by colonising nations inflicted upon so many cultures upheld an extractive industrial growth system. This history impacts the lives of peoples across the world and has caused untold damages to the wider web of life, non-human communities and ecosystems. There is an extensive history of activism in defence of the land across the world. Walking Forest seeks to acknowledge this history and to create space for specific connection and learning through listening, sharing of stories and offering support and recognition through human to human connection across the forest floors. In this way we hope to link women past, present and future who are standing up for each other and for the earth through activism, arts and creativity, story and dialogue. 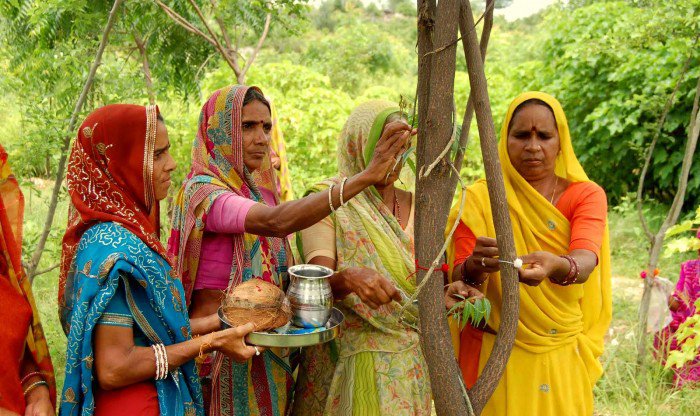 A majority of those who are involved in sustainability and environmental organisations around the world are women, but they only make up 29% of executive and board-level seat members. This suggests that they are not involved in the key global decisions on climate and sustainability policies are more involved in the front line or grassroots of the movement. Inspirational female environmental activists across the world who have been in a position to make positive change include: Wangari Maathai (1940-2011) who was awarded the Noble Peace Prize for her mass tree planting work in Kenya (link); Greta Thunberg, 16 year old climate change campaigner from Sweden who has relentlessly forwarded the climate change agenda and continues to inspire a generation of young activists through Youth Strikes and Friday for Future and has presented at international talks and conferences and Vandana Shiva in India who has championed biodiversity, women and agriculture over the last 30 years and activist artist Cecilia Malik creating public campaigns to defend forests and rivers in Poland.

While standing up for the earth in the UK might mean at worst imprisonment or a criminal record, at the same time women in other parts of the world suffer violent attacks or potentially death as they stand up for earth and the protection of Earth’s systems and their own survival.

The death of Berta Isbel Caceres (1971 – 2016) is an example of the violent attacks on indigenous communities:

Berta Isabel Cáceres Flores knew the importance of preserving the natural world around her. As a student, she founded Council of Popular and Indigenous Organizations of Honduras (COPINH) to tackle issues such as illegal logging and the environmental destruction caused by plantations and dams. One of her grassroots campaigns, which led to her winning the 2015 Goldman Environmental Prize, resulted in the world’s largest dam builder pulling out of a project at the Rio Gualcarque. The developers had broken international law by not consulting with local tribes, who were concerned that the dam would prevent Lenca communities from accessing water, food, and materials for medicine. Tragically, in 2016, Cáceres was assassinated in her home, yet another casualty in one of the world’s most dangerous countries to be an environmental activist. Cáceres knew her life was at risk for years; in 2013, she said:

“I want to live, there are many things I still want to do in this world but I have never once considered giving up fighting for our territory, for a life with dignity, because our fight is legitimate.”

We have much to learn and discover. We will share more on this strand of our project and the women we are connecting with as these develop. 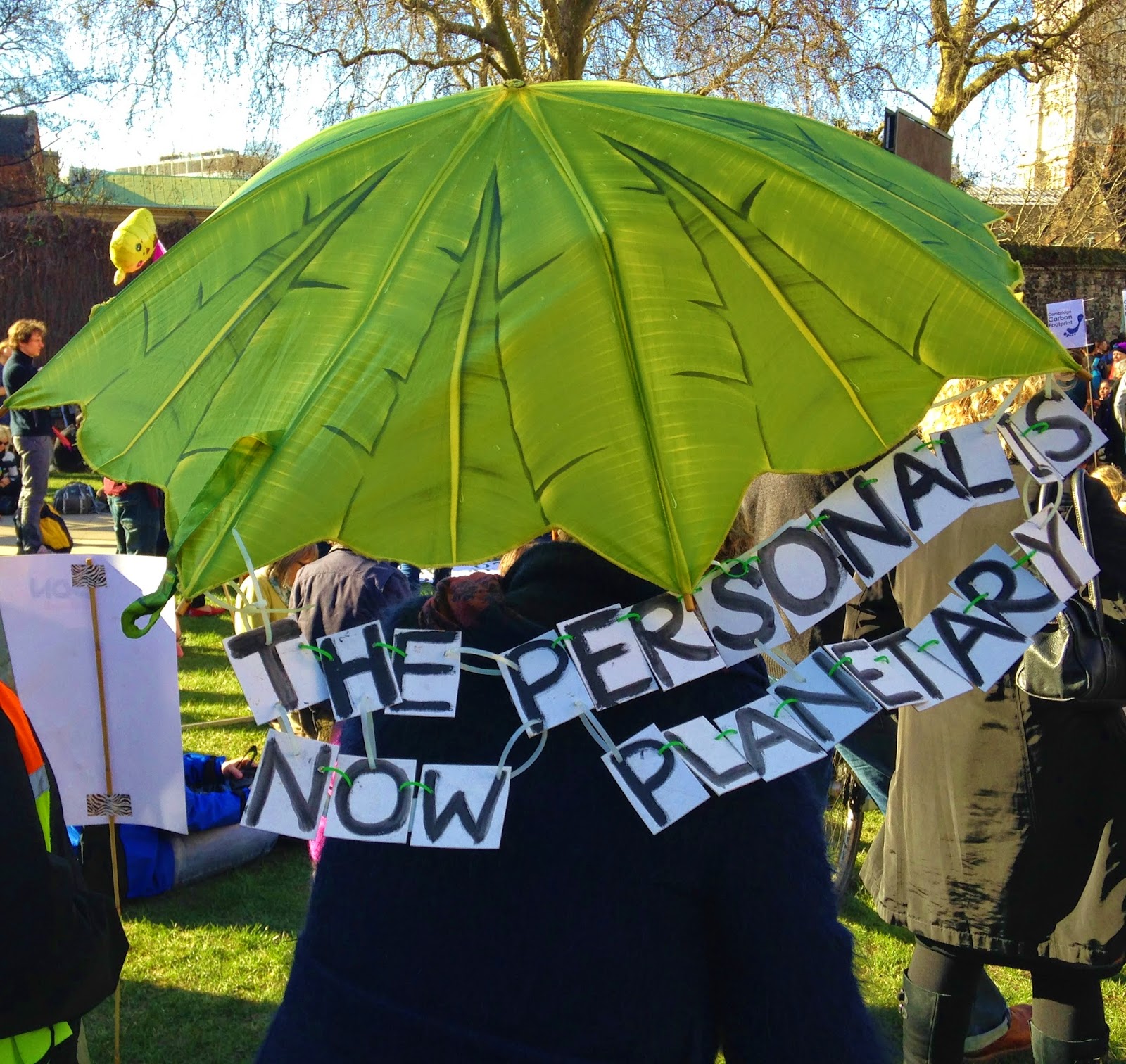 Covid19 has uncovered deep injustice in a very human way, throwing into stark contrast the destruction inherent in the extractive capitalist systems that have led to phenomenally unjust conditions all over the world and an ecological and climate emergency. This systemic injustice has a long history, and the resulting ecological and societal collapse is the result of an embedded violence that has for so long been written out of the story in the Global North. I am attempting to acknowledge this devastating history with its current traumatic outcomes, recognising that I am without direct experience of them. And to investigate this without a subtext of ‘white tears’.

‘What matters, I think, is taking concrete responsibility not only for the violences in which we are complicit, but also for the other beings who make our lives possible. This can only happen when we form, or recognize, strong relationships and kinship bonds, ones on whom our lives and existences depend, whom we are willing to care, sacrifice and suffer for – and whom we are thus able to mourn when they die.’
– Audra Mitchell – Decolonising Against Extinction Part III

For many years I have been educated, moved, and inspired by the work of Amazon Watch and The Pachamama Alliance, and in 2018 had the privilege of meeting with Belin Paez who is the director of Amazon programs at PachaMama Alliance and president of the fundacion Pachamama, supporting the permanent protection of the Amazon Headwaters and indigenous territories against the expansion of extractive industries. Belin is a global advocate and activist for human rights and the rights of nature and she contributes to the revaluation and reclamation of ancestral knowledge, the rights of indigenous peoples and nationalities and the fragile Amazon ecosystems. Belin is also an organiser of the Brazil and Ecuador Indigenous Women’s network and is closely linked to WECAN another inspirational international movement that I am inspired by and learn from.

The place of our birth is a postcode lottery and living in the Global North I acknowledge the colonial acts of violence and extraction that have caused such systemic and ongoing exploitation and injustice and have also created the foundations for the privilege and opportunities that I have had in my own life. During the Walking Forest project I aim to weave deeper links and connections with Belin and women defenders in the Amazon seeking to learn, to listen, to make links, and build gateways and connections. My personal feeling of both difference and interconnection was heightened in the last year after I was arrested three times in Nonviolent Civil Disobedience protests with Extinction Rebellion. As a white middle aged grandmother I was acutely aware of the difference between myself consciously choosing to get arrested surrounded by legal and practical support and women activists and Earth Defenders in the Global South facing unthinkable danger and often death. Nevertheless the act itself of raising the alarm and breaking the law through civil disobedience in the name of climate justice, has created a more visceral sense of interconnection.

Video of Sônia Bone Guajajara in New York denouncing Bolsonaro’s attacks on Indigenous Peoples in Brazil and the Amazon and speaking out for the rights of Indigenous Peoples, the climate, and the protection of the Amazon rainforest.
https://www.facebook.com/WECAN.Intl/videos/279168663033821/